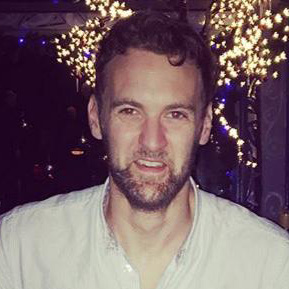 LINX Surgery has Cured my Reflux Symptoms by Matt

When did your symptoms begin ?

In late 2019 I began experiencing acid reflux for the first time.

What were your reflux symptoms?

My main symptoms were excess mucous and burning in the throat and some mild stomach pain. After numerous visits to my GP I was referred to a gastroenterologist and following an endoscopy that showed no major cause for concern I was prescribed a high dose of PPIs. These reduced the burning in my throat but were not fully effective and caused significant side effects. After a year and a half of living these residual symptoms I had had enough and began researching more effective and permanent solutions.

How did you come to approach RefluxUK ?

I came across Mr Boyle and the rest of the team at RefluxUK. I decided to book an appointment based on the overwhelmingly positive feedback I had read about them. The whole team were very approachable and I finally felt like I had found somebody who could fix the root cause of the problem rather than mask the symptoms by pumping me full of drugs!

How was the consultation ?

At consultation Mr Boyle explained the surgical options available and after weighing up the pros and cons I expressed a preference for LINX implantation. He then set up the various tests required to make sure I was a suitable candidate for LINX. These all took place very quickly and I was booked in for surgery within 6 weeks of my initial consultation.

How was the surgery ?

On the day of my surgery I was nervous but everybody involved in the procedure that day was reassuring. I was operated on early in the morning and having demonstrated I could eat a sandwich post-surgery I was discharged mid-afternoon. Apart from tenderness at the incision sites, the only real discomfort I had was from the after effects of the gas used in the body during keyhole surgery. I was expecting this though and it subsided within a couple of days. Within a week I was back to performing the vast majority of my normal activities and within 3 weeks I was exercising.

How was eating and swallowing after LINX ?

During the first week I had no issues with food but at the start of week 2, as I was told to expect, I had some difficulty swallowing with food backing up in my oesophagus leading to regurgitation. I learnt that eating slowly and chewing thoroughly are very important at this stage. I am now into week 5 after surgery and swallowing is slowly becoming easier - probably due to inflammation of the oesophagus receding.

How are things now ?

Thankfully, my acid reflux has stopped entirely and one of the biggest benefits I have noticed is how little I wake up at night compared to before surgery and how much less tired I feel in the day. In addition I am enjoying not taking two PPIs a day and I feel my quality of life is improving after the surgery. I would thoroughly recommend contacting Mr Boyle and the RefluxUK team if acid reflux negatively impacts your life.