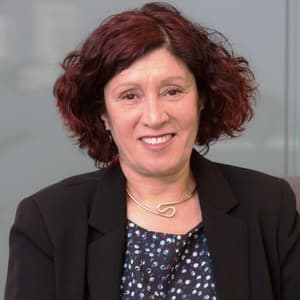 "The surgery has been life changing for me, I can eat anything and no longer wake at night in pain."

I had my surgery when I was almost 60 years old, having suffered from acid reflux for over 25 years. My symptoms were mostly, but not only at night and over the years I consumed vast quantities of Gaviscon and endured much pain and disruption to sleep.

In August 2018, following an endoscopy, I was diagnosed with Barrett’s oesophagus and told I would have to take omeprazole for the rest of my life. It was not very effective at controlling my symptoms and so the dose was doubled, but I still needed Gaviscon in addition. Unhappy at taking lifelong medication, with all the associated risks, I sought an alternative solution and through a circuitous route, ended up seeing Mr Boyle. After a lengthy and comprehensive consultation, where we explored the options and the risks, I decided to have the LINX® surgery. I particularly liked the idea of having a permanent ‘mechanical’ solution to a ‘mechanical’ problem, rather than a chemical one.

The surgery itself went well, I was groggy from the general anaesthetic, but able to eat and drink on the same day and went home in the evening. I had some discomfort and bloating for the first few days post-surgery but was able to do a 4 mile walk the following day and returned to work after 5 days. I followed the eating advice diligently, eating small quantities at frequent intervals. Swallowing was often difficult and painful, so eating was a slow process. However, I was able to eat anything and ate a lot of raw vegetables to ensure I was swallowing chunky foods, however tempting it was to just eat yoghurt and soup! At my 6 week check-up, Mr Boyle prescribed a week’s course of steroid tablets and after just 48 hours, my painful symptoms disappeared completely.

I am now 7 months post-surgery and have occasional ‘sticking’ when swallowing and sometimes I have air trapped in my oesophagus causing ‘super gastric’ belching, which is mildly uncomfortable, but not painful. I continue to improve. I have not had any reoccurrence of acid reflux since my surgery, nor taken any medication since. The surgery has been life changing for me, I can eat anything, no longer wake at night in pain and after 25 years never going anywhere without a whole packet of anti-acid tablets, it feels wonderful to be free of this dependency. I am so grateful that I was able to have this surgery!