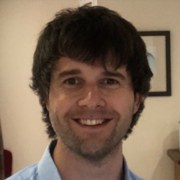 "My LPR symptoms are vastly improved. I never wake up in the middle of the night with coughing and throat clearing."

What were your reflux symptoms?

"I was troubled for 15 years with predominantly LPR symptoms. These symptoms did not respond to antacids, such as e.g. omeprazole or ranitidine. The main symptoms I had were a long-term mild sore throat, particularly worse in the morning which was red and swollen. I tried everything from raising the head of the bed and Gaviscon before bed with no relief. I had a couple of gastroscopies over the years showing mild oesophagitis and a small amount of Barrett’s Oesophagus (not conclusive on biopsy); this obviously produced some anxiety given my relatively young age. I am a Consultant Physician and was always wary of having a Nissens fundoplication due to mixed patient satisfaction, and awareness of potential downsides to surgery. However, in the last two years my symptoms progressed with a recurrent need for throat clearing and cough. If I ever had a night out eating and drinking late, I would lie down and be coughing constantly with large volumes of mucus being produced. I saw an ENT specialist who did a nasal endoscopy showing a small benign vocal cord lesion (granuloma) indicative of chronic reflux. This really spurred me into looking at surgical options again and hopefully a definitive treatment."

How did you come to approach RefluxUK?

"I did a Google search and by chance saw an old school friend who had written a testimonial for RefluxUK. I got in touch with him and he had suffered with LPR too and was positive about the results of the LINX procedure."

How was the consultation?

"I got in touch with RefluxUK and soon after had a video consultation with Nick Boyle (consultant surgeon). I approached the consultation having already explored the new (ish) LINX procedure as a potential option for me. I found that it could be removed if necessary, there were positive patient testimonials and the newer devices are compatible with original MRI scanners, all of which were appealing. Nick Boyle is experienced and has performed this operation hundreds of times. He also spoke with authority and had an appreciation of the uncertain responses in anyone having this kind of surgery, the potential problems that can be encountered and an awareness of the anatomy and physiology considerations of reflux and the surgery to correct it. This gave me confidence to make an informed choice to have the LINX procedure."

How was the surgery?

"I had day case laparoscopic (keyhole) LINX surgery and repair of small hiatus hernia under general anaesthetic. I was home later that day. I had some minimal pain from the incision sites. There was some shoulder pain that was a bit uncomfortable for a week (due to diaphragmatic irritation) but that was expected and manageable."

How was eating and swallowing after LINX?

"Swallowing was pretty good up until week 2 where certain foods like doughy bread or meat sometimes got held up and I would have to regurgitate to clear it. This was by no means every meal and eating slowly and chewing well reduced the frequency and this has gradually eased off to the point it rarely happens. "

How are things now?

"I am now 6 months since the surgery and am very glad I had the procedure. My symptoms are vastly improved. I never wake up in the middle of the night with intractable coughing and throat clearing. I am also largely free of the chronic swollen sore throat. That said, I sometimes have to cough to clear my throat but this seems to be intermittent and possibly related to eating quickly and drinking afterwards. This is also worsened by lying down after eating and I wonder if there is a degree of pooling above the LINX. I am happy to monitor this and see how things go with time. My only regret is deferring surgery as long as I did. I think with a careful assessment including gastroscopy and oesophageal PH/ manometry, it is worth discussing options with a specialist in the field, like Mr Boyle, to see if surgery may be beneficial should conservative measures, such as medication and dietary modifications fail."