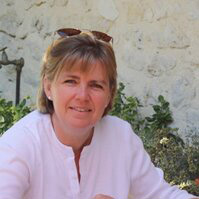 "Being believed was the start of my recovery."

“Over the next 5 years, my GP referred me to numerous specialists and I had to endure more tests than I would have liked, during one of the endoscopies it was determined I also had a hiatus hernia, but nothing positive was offered. Against my wishes I had no option but to take medication, Omeprazole, which just made matters worse as I had rather severe side effects whilst taking them. My GP then prescribed Pantoprazole, which I was able to tolerate, together with Metoclopramide for the nausea.”

“At the end of 2018, my symptoms were significantly worse, I therefore again went back to my GP to enquire if I could increase my dosage, this was declined as I was already on the maximum dosage. At this point I knew something positive had to be done.”

“As no professional assistance was offered, I did my own searching online, and found Mr Boyle dealt with hiatus hernias, which in my ignorance I thought was the issue, and therefore requested my GP to refer me.”

“I felt this was the first time someone had taken me seriously and more importantly interested in helping me finally resolve my problems. As there was no physical evidence of my acid levels Mr Boyle suggested a number of tests barium swallow test, endoscopy and high resolution oesophageal manometry, 24 hour, regrettably none of these were conclusive, but at no time did I feel Mr Boyle would give up on me. He then recommended I have a Bravo capsule fitted which was in place for 4 days and the results proved I had significant acid reflux levels. At this point Mr Boyle discussed the option of having a LINX device fitted, which I agreed to.”

“The initial procedure was as explained and as I would have expected, and I went home the same day.”

“Regrettably after about 48 hours I experienced severe pain in my back on the right side, I felt it was going into spasm every time I ate anything, which was not good as I had been advised I needed, initially, to eat little and often. Four days after the operation, I could not take the pain any longer, unfortunately this was a Sunday evening, but everyone was extremely helpful and understanding. The following morning, I was readmitted and had every test, but nothing was conclusive, the pain relief I was given though more than helped!! After that, I had no issues.”

“From day one after the operation I have not had any issues with reflux, and this has also resulted in being totally drug free.”

“Yes, yes, yes and yes, for me it almost feels like a miracle.”

“Whilst I was aware recovery could take some time. I was not prepared for how long this would in fact take but now 1-year post surgery it has all settled down and I am more than happy. Mr Boyle is kind, considerate, professional, and, more importantly human, which when you are suffering is so important. Thank you.”